Articles, How To Guides, Lighting Guides

Interesting facts about you and your smart devices

According to the YouGov’s Smart Homes 2018 report, almost a quarter of Britons own one or more smart home devices. In May 2019 it was found that there are now 15 million smart homes in Britain. We’ve pulled together a list of some interesting facts about you and your smart device that we found fascinating.

TLW’s VEW range includes VEWSmart which helps you to control your LED lighting via your smart device. For more information, contact us on sales@tlwglobal.com or +44 (0)1302 238129. 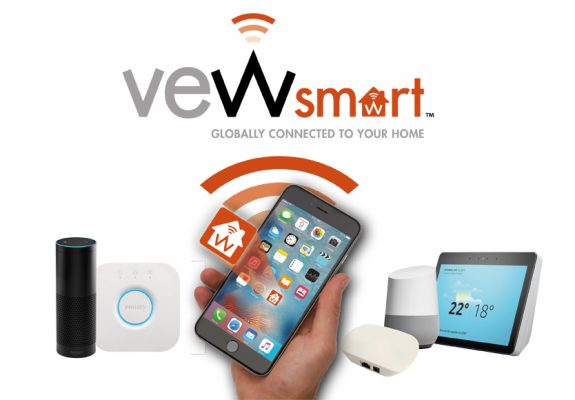 YouGov found that the majority of smart home device owners have an Amazon smart speaker with only 10% owning a Google Home device.

Recent research has found that security and energy efficiency are the main reasons for people own a smart device. 65% said that security including smart locks, cameras and alarm systems that can be monitored via a smartphone or smart device. Half of survey respondents said that their smart home meant they could cut costs, including temperature and lighting monitoring and control.

45% of the 16 million homes that already own a smart device were intending to make their home even smarter. A third of British people are interested in purchasing smart lighting, vacuum cleaners and smart speakers over the next year.

Each of the smart devices has funny things to ask your device. Funny things to ask Alexa include “what is the value of pi?” and “are you blue?” The Google Home responds with funny answers to “can you pass the Turing test?” and “do you speak Morse code?”

Mind your Ps and Qs

In fact parents were worried that children were speaking rudely to their device so Amazon introduced a good manners function to encourage children to say please and thank you. The Google Home also has an optional functionality that it will be nicer to people that say their p’s and q’s.

Interestingly, it is also women that are more often not understood by the device with 67% saying their device failed to respond sometimes, with 54% of men saying the same according to the same YouGov survey.

The UK is currently the fastest growing market for smart home device sales. Currently the smart home market amounts to over £2.2 billion in the UK and the market is worth around £38 billion.

We also use third-party cookies that help us analyze and understand how you use this website. These cookies will be stored in your browser only with your consent. You also have the option to opt-out of these cookies. But opting out of some of these cookies may have an effect on your browsing experience.
Necessary Always Enabled

Any cookies that may not be particularly necessary for the website to function and is used specifically to collect user personal data via analytics, ads, other embedded contents are termed as non-necessary cookies.